Note: TGSL participates in B-Level Tournaments at the 8U, 10U, 12U, 14U and HS Divisions as part of the LA/SouthBay District in the Western Region under USA Softball of Southern California

Here we celebrate the TGSL 10U Gold All-Star Team, known as Guts & Glory, who went 8-0 at Nationals to take home the 2011 ASA "B" Western National Championship. The girls had placed 2nd at the state tournament and then went on to win the National Championship just weeks later. The Guts & Glory roster was made up of Mailee Newman, Sommer Kisling, Jessica Porter, Samantha Pech, Charlee Pond, Kylie Fraser, Kori Liu, Tiare Jennings, Miranda Gonzales, Lauren Walsh, Madison Jacobus and Amy Hanners. 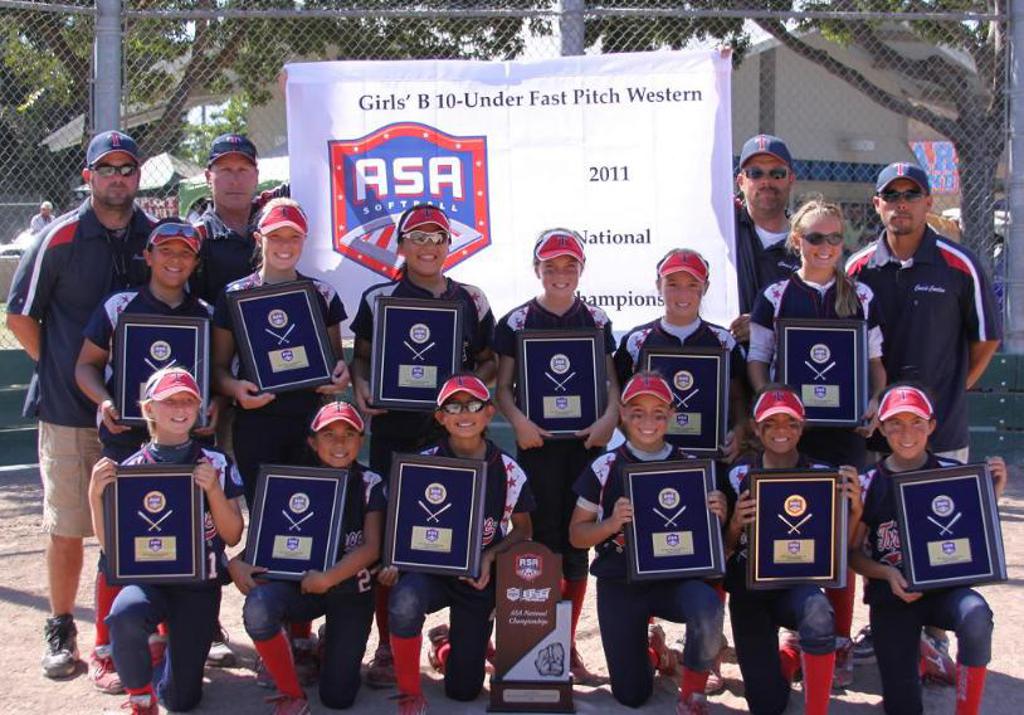